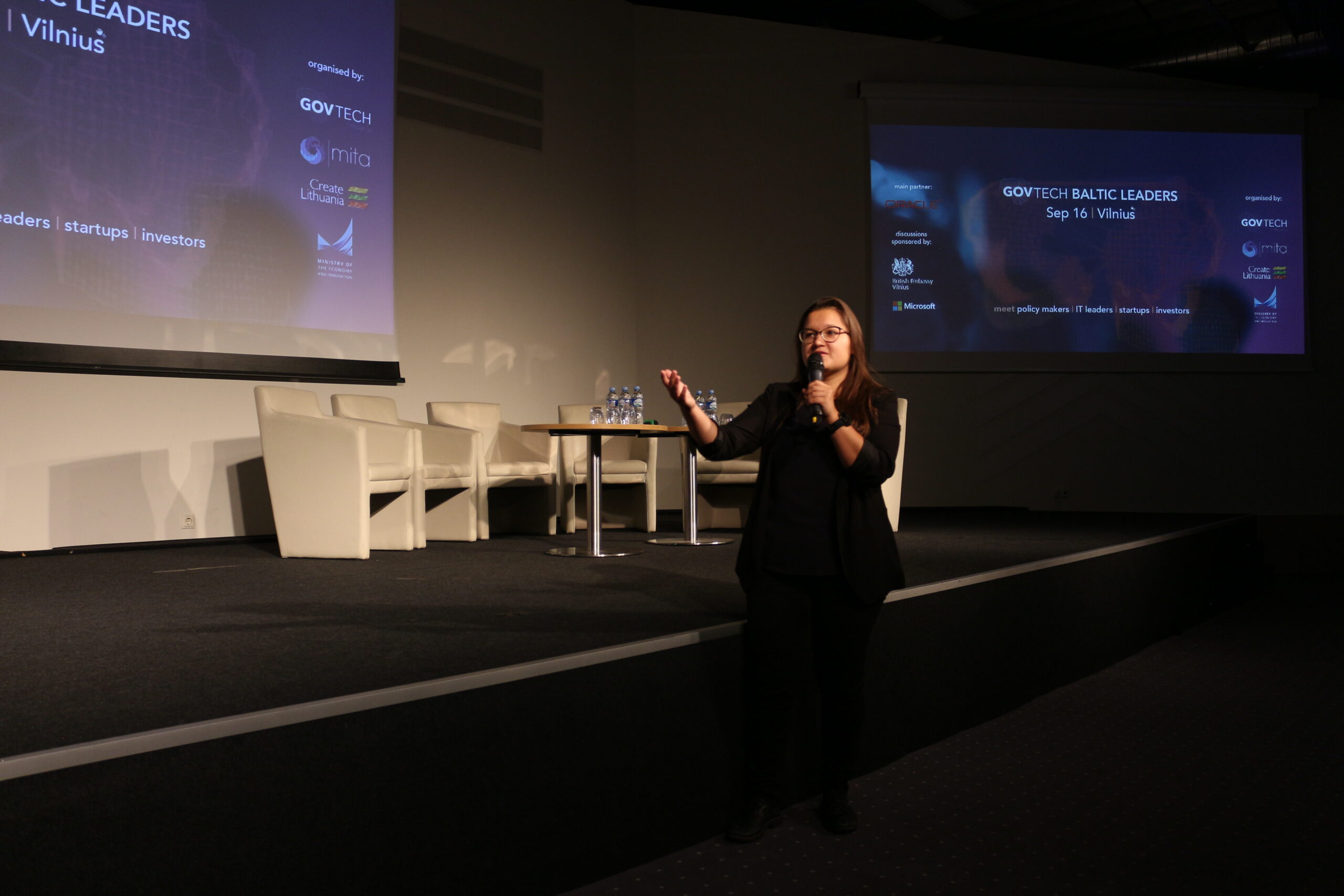 Country as a sandbox: where startups and public institutions come to play

GovTech (short for government technology) is an emerging field, seeing public institutions cooperate with startups and solve age-old issues together around the world. Lithuania, where the public sector is quite open to change, seems like the perfect sandbox for this sort of cooperation. Arūnė Urtė Matelytė, Head of GovTech Lab Lithuania talked with Lithuania.lt portal on this topic.


Let‘s begin with the GovTech concept itself – how would you explain it to the uninitiated?

You can think of GovTech as the public sector equivalent of platforms like Bolt or Uber. Essentially, GovTech aims to solve issues faced by the public sector by leveraging technology and innovation. In many cases, this means engaging startups and SMEs capable of thinking outside the box.

How can GovTech improve our lives? Is it already delivering, perhaps unbeknownst to us?

The exact benefits typically depend on the institution, but generally speaking, the idea is to help the public sector improve its performance, while saving time and money at the same time.

A good example has to do with the substances banned in the EU, but nonetheless available to consumers via online shopping as part of different products. Struggling to keep track of them manually, our State Consumer Rights Protection Authority teamed up with a Scottish startup to develop an algorithm designed to flag illicit ingredients automatically. This freed up a lot of time for employees to create real value by solving problems, rather than spending much of their day going through reams and reams of data by hand.

This doesn‘t mean that startups and SMEs should replace large companies – they‘re still crucial for running highly complex and sensitive processes at scale – but that certain problems can only be properly addressed by more nimble entities. As an added bonus, this process also incentivises larger companies to innovate.

Does focusing on GovTech also make it easier to attract young, motivated professionals to the public sector?

One reason for the difficulty of attracting IT people to the public sector is that oftentimes they‘re expected to do tons of manual work, e.g., hooking up PCs or scouring the web for data, rather than analysing inputs collected by automation software. As such, GovTech gives people the opportunity to make the most of their skills.

Also important to note is that we‘re trying to change the very method of procuring solutions. To this end, we encourage the public and private sectors to work together on, and own, their solutions. This speaks to  our country‘s strategy of “co-creation” which aims to remove the strict boundaries that separate the public from the private.

Where and how did GovTech first arise? How did it reach Lithuania?

GovTech burst on the scene when people started noticing that the public sector relies on only a handful of providers for all of its solutions. Case in point, in 2013 roughly 50% of all public tenders in the U.K. were awarded to just 20 companies, which is very unhealthy considering its huge market.

There are many startups hungry for making a social impact, but it‘s quite difficult for them to reach the public sector, and almost impossible to make any meaningful changes from the outside due to institutional conservatism and sheer inertia.

In 2016, seeking to get around this impasse, the first teams in Europe dedicated to innovation were set up inside the institutions themselves. The next two years saw a second wave of similar efforts, and in 2019 we pitched the GovTech framework to our then-Minister who gave us the green light.

So, basically, you were required to launch an MVP?

Yes, something like that. The first step was to figure out how this could work in general, and where it could be implemented.

In Lithuania, the road to GovTech was paved by Trafi (although they didn‘t use that term), which developed a sustainable business model where services are provided to consumers indirectly by partnering with municipal authorities. In other countries, startups often provide services directly, which makes it harder to turn a profit on a consistent basis.

Furthermore, being trailblazers in this area, they focused a lot on education, in hopes that it will eventually pay off once a mutually beneficial framework has been put in place.

What are the main challenges of the public sector that require technological solutions?

One solution that people were able to interact with is the viLTė chatbot, developed at the hackathon that we organised with our partners at the beginning of the pandemic. After some initial testing, it was deployed on koronastop.lrv.lt.

Working together with the Office of the Inspector of Journalist Ethics, we also came up with a way to simplify the detection of hate-speech, which at the time was done by a dedicated part-time employee tasked with sifting through keyword-based reports. Partnering with the startup Codami allowed the Office to focus on a small, highly specific problem that doesn’t require solving thorny philosophical issues related to language.

Automating time-consuming manual tasks like detection – which is better done by computers anyway – is a common thread across many of our projects.

To follow up on your reply – is the hackathon format effective at promoting GovTech?

It’s hard to say. Not necessarily. Hackathons certainly have a part to play here, but they’re simply too short to develop anything of much value. Their main advantage is bringing like-minded people together who form relationships and later go on to work on bigger projects.

Instead of hackathons we now have our own structured process called GovTech Challenges Series. These allow us to pick relevant problems, raise awareness, build the necessary teams, and bring startups and public institutions together to develop a pilot.

In the past, mindful of the public sector’s reticence to innovate, we used to offer the challenges free of charge. Now, however, we have a total of 40 challenges, each having € 50,000 allocated for pilot development.

To get back to hackathons, though, equivalent projects are now being implemented by public sector companies in-house, .e.g., by sharing a problem with employees and encouraging them to pitch solutions. This provides an opportunity to learn on the job, and people seem to enjoy it!

I suppose it’s more about promoting out-of-the-box thinking, rather than expecting people to become programmers or engineers overnight.

Yes, it’s more about identifying potential and understanding how to manage change. You can always find someone to implement your idea later, which means you don’t have to worry about specifying an exact mechanism upfront.

Does Lithuania face different challenges than other countries?

Our challenges aren’t necessarily different, but we do have somewhat more freedom because our public sector is relatively small and doesn’t have traditions as old and robust as in, say, the U.K. This means that having the right person in the right place can give you quite a bit of latitude in terms of what you can accomplish.

As I’ve mentioned before, at first we organised our GovTech Challenges free of charge because the public sector was reluctant to use its own money to procure things it was unfamiliar with. This year, however, we managed to convince public authorities to set up a fund that institutions can apply for.

Recently, we also made some changes to the challenges themselves, shifting focus away from workshops and towards encouraging institutions to adopt a set of acceleration principles, the main two being experimentation and openness in terms of the challenges they are facing.

With this we aim to enhance collaboration and empathy, which is often lacking in public-private relationships, perhaps taking a page from the Silicon Valley playbook – those guys don’t sit around in mouldy basements developing their ideas; instead, they share them amongst themselves and look for potential partners. That’s what we want to achieve here, as well. 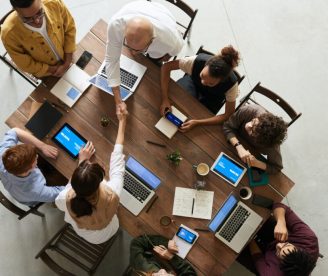 3 Reasons Why Startups Should Work with Governments
Read more 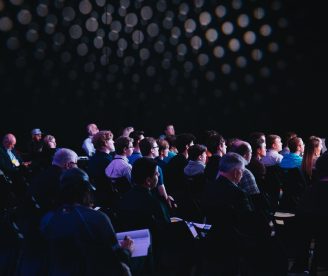 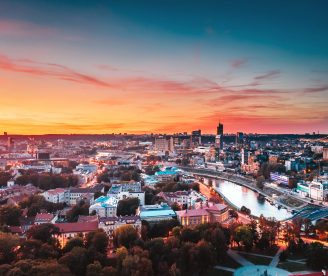 In search for co-creators 30 years ago and now: Lithuania’s approach to government’s digital transformation
Read more 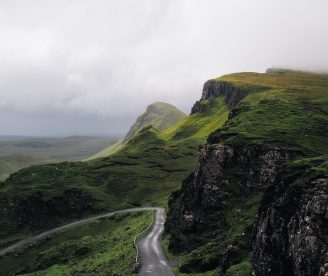